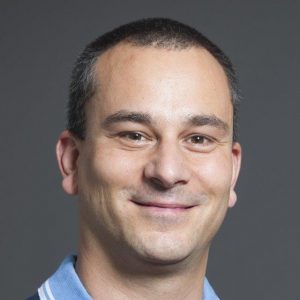 My name is Lenz Grimmer and I am a Linux/Open Source enthusiast since 1995.

I currently live in Hamburg, Germany and work for SUSE from out of my home office, supporting the team that develops the Ceph Dashboard. I have been appointed to be the Component Lead for this component in the upstream Ceph project. Previously, the team has been working on openATTIC, an Open Source Monitoring and Management System for Ceph, which SUSE acquired from it-novum in November 2016. Now that Ceph Dashboard has reached feature parity with openATTIC, the latter project has been put into maintenance mode.

I joined it-novum GmbH as the development and product management team lead for openATTIC in July 2015.

Before, I worked at TeamDrive Systems GmbH as a Senior Product Manager from January 2014 until June 2015.

From April 2011 until December 2013, I was a member of the Oracle Linux Product Management Team at Oracle.

Prior to that role I worked in the MySQL community relations team. Before I joined that team in December 2005, I worked there as a senior production engineer, in charge of producing the official MySQL server release builds.

Before MySQL, I was a member of the distribution development team of SuSE Linux AG in Nuernberg, Germany from April 1998 until the end of March 2002.

My professional career started in 1996, as a Linux/Unix systems administrator at Comvos GmbH in Mannheim, Germany.

More about and from me on other places

2 replies on “About myself”

Hi,
I’m very happy to follow your blog,I have a question for you.
Our team is using ceph, so we want to kown why the dashborad of ceph is not use the react but the angular
framework ?
Thanks.

Hi Mac, thank you for your message and sorry for the late reply. The choice of using Angular was based on that that this was the technology that the team working on this was most familiar with. React would certainly have been a viable option for this as well, but none of us had any deep expertise in this framework.

This site uses Akismet to reduce spam. Learn how your comment data is processed.